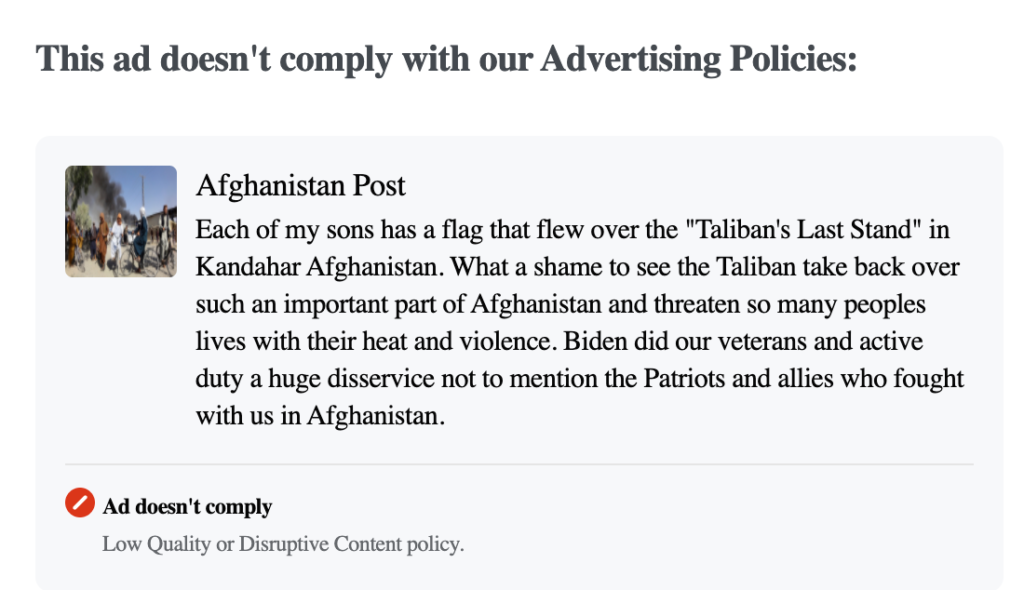 Veteran and Emergency Medicine physician, Dr. Rich McCormick was censored by Facebook and prohibited from sharing his views on the Biden Administration’s disastrous withdrawal from Afghanistan with voters in Georgia’s Seventh Congressional District for an alleged violation of Facebook’s “Disruptive Content” policy.

Dr. McCormick – who is a decorated former Marine helicopter pilot – reentered active duty with the Navy following medical school to serve as an emergency physician in Kandahar, Afghanistan. Dr. McCormick is uniquely qualified to speak on the impact of the Administration’s calamitous exit having served in country with US soldiers and the Afghan people.

“The social media overlords will do whatever it takes to protect their liberal allies in government by censoring content they disagree with,” said Al Chaul, Campaign Manager for Dr. McCormick.

This isn’t the first time Dr. McCormick’s campaign has been targeted by Silicon Valley elites. In 2020, videos of Dr. McCormick doing pushups to raise awareness for PTSD was labeled “sensitive content” by Twitter.

“Something is wrong when the Taliban are free to share their backwards ideology on US based social media sites, but an Afghanistan veteran and Congressional candidate cannot share his views on US foreign policy,” added Chaul.