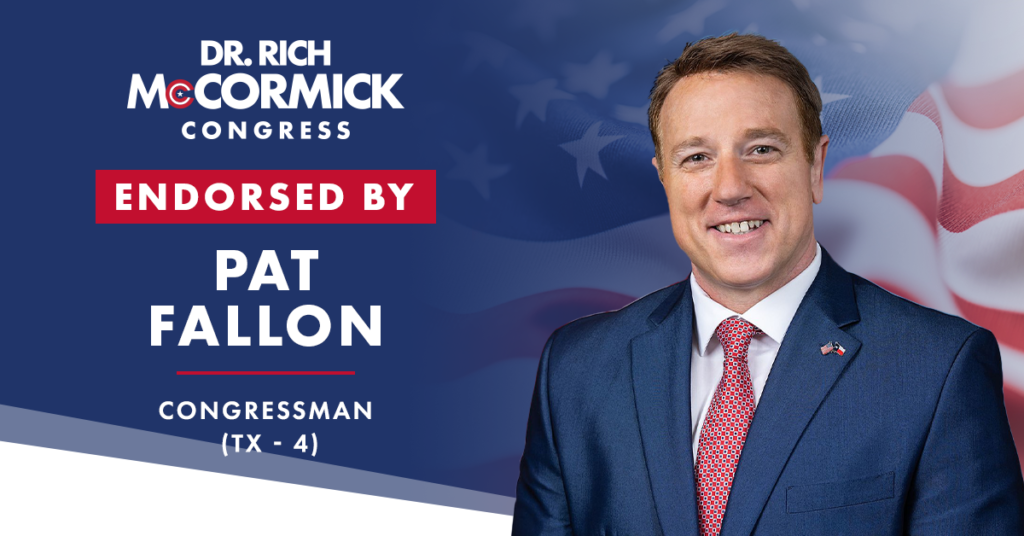 “Real conservatives aren’t simply created from whole cloth, they are battle tested, built of hardened steel, forged in the hottest fires of America’s biggest fights,” said Fallon. “Dr. McCormick is that conservative.  A leader who has taken on the right’s toughest opponents and withstood the attacks from the radical left.  He is a leader in the conservative movement and a fighter we need in Washington DC.”

“What an honor to have Congressman Pat Fallon’s strong endorsement in this critical campaign,” said Dr. McCormick. “As fellow veterans, Pat and I agree that strong nations have strong borders. He’s leading the fight to end Joe Biden’s border crisis, which is undermining public safety, economic prosperity, and our national security, and I look forward to joining him on the frontlines!

“There’s no doubt that to protect freedom and opportunity in this country, we need to stop Biden, fire Pelosi, and drain the disgusting D.C. Swamp. We must stand united as true conservatives to Revive Freedom and advance policies that put America First.”