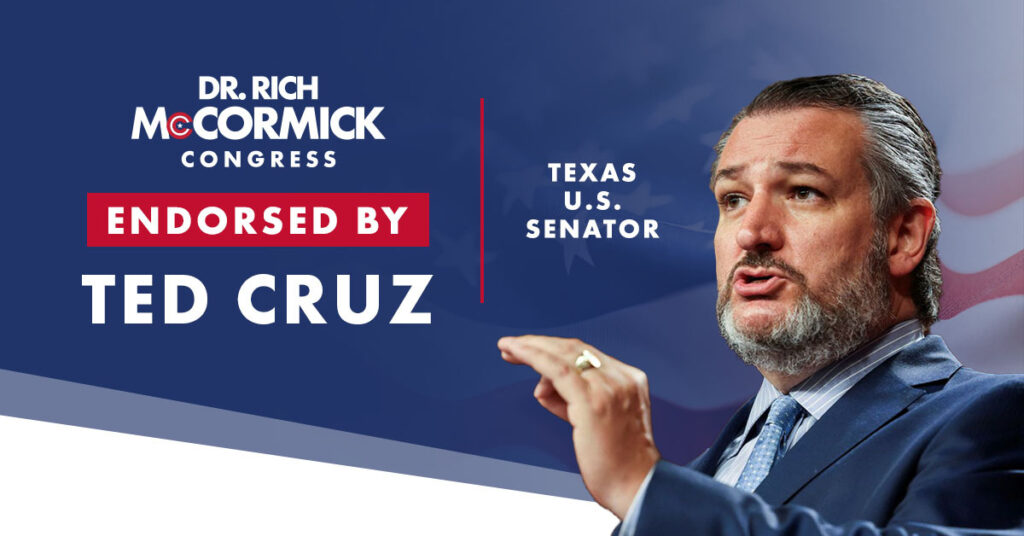 “As a Marine and Emergency Room doctor, Rich McCormick has proven himself to be a bold, trusted leader,” said U.S. Senator Ted Cruz. “I am proud to endorse Dr. McCormick because I know he will take his experience to fight for our shared conservative values in the U.S. House of Representatives. From securing our dangerous border to protecting life, the 2nd Amendment, and our freedom, Rich McCormick will deliver real results for the hardworking Georgians of the 6th District. I encourage all freedom-loving conservatives to join me in supporting Rich McCormick for Congress.”

“I am absolutely humbled to have Senator Ted Cruz’s endorsement in this pivotal race for Congress,” said Dr. McCormick. “Ted Cruz is an unapologetic conservative warrior who has led the fight for freedom in the United States Capitol. Together, we will defeat the radical Biden/Pelosi agenda that’s destroying our country and advance America First policies that keep American families safe and prosperous.”

In the latest poll, McCormick has a 22-point lead in the race to represent Georgia’s 6th District in Congress.  He is proudly endorsed by The Club for Growth PAC, Americans for Prosperity Action, Frontline Patriots PAC, SEAL PAC, and numerous members of Congress including President Trump’s doctor, Congressman Ronny Jackson, and Congressman Burgess Owens.