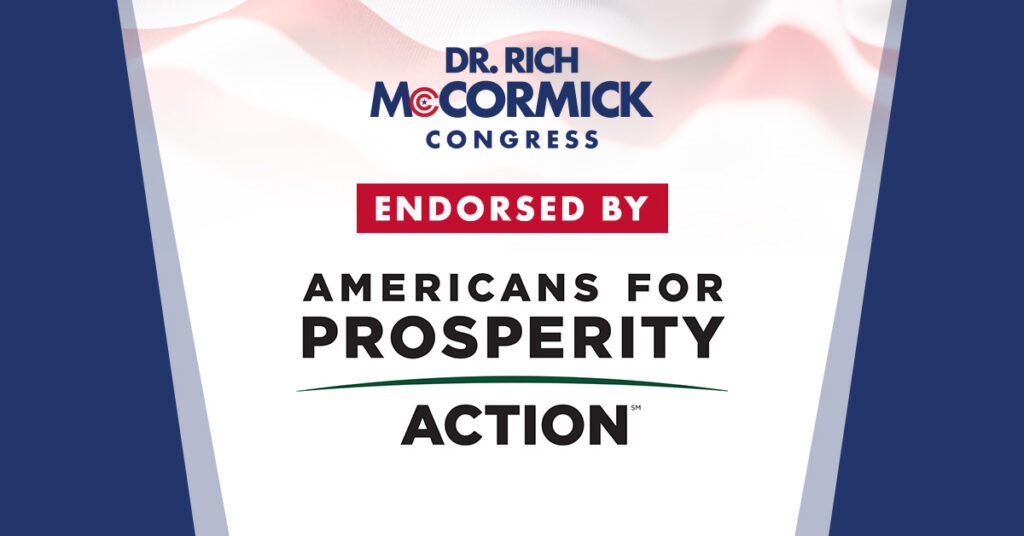 “Dr. Rich McCormick will be a champion in Congress on the issues that matter most to Georgians,” said AFP Action Georgia Senior Advisor Stephen Allison.

“His experience as a medical doctor will provide a much-needed dose of know-how to federal health care policy to improve personal health care options and increase the quality of care,” he said. “And he will be a strong voice for spending and tax policies that shield American from the ravages of inflation. AFP Action Georgia is proud to endorse his candidacy.”

“I am humbled to have the endorsement and strong grassroots support of Americans for Prosperity Action,” said McCormick. “Together, we will mobilize conservatives in GA-6, win at the ballot box, and champion policies in Washington that revitalize our economy, revive freedom, and foster opportunity and prosperity for generations to come.”