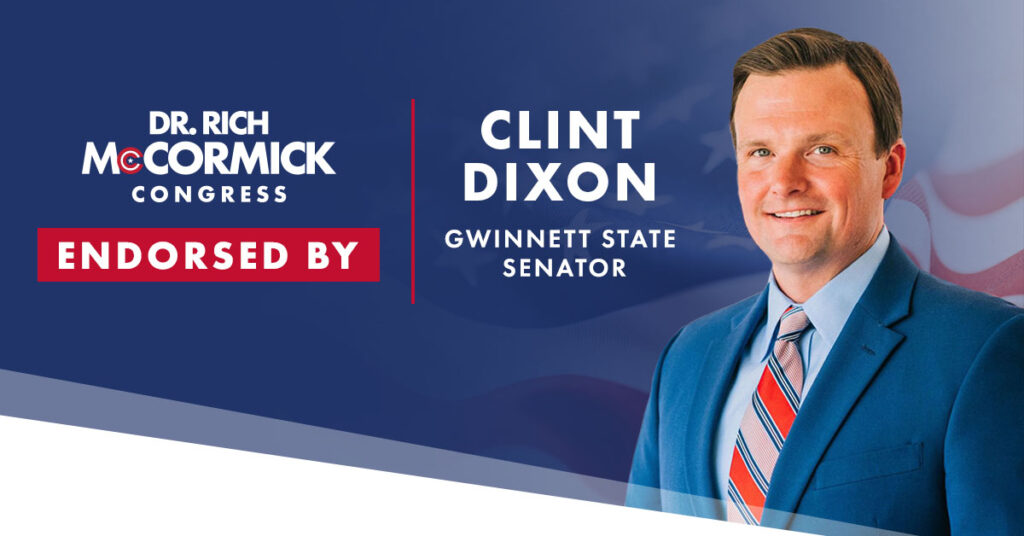 “There’s no doubt in my mind that Rich is the most qualified to represent our community in Congress,” said Dixon. “As a veteran, doctor, and father of seven, Rich McCormick knows what’s at stake in this year’s election. He’s a proven fighter that will take on Biden, Pelosi, and all of their radical leftist friends in Washington.

“Rich and I have worked together to Revive Freedom, unmask our students, and promote conservative policies that make this state great. He’s battle-tested and ready to win in Washington.

“I encourage my friends and neighbors to join me in backing Dr. McCormick for Congress!”

Dixon represents part of Gwinnett County in the Georgia State Senate. He authored legislation to end mask mandates in Georgia public schools and championed the “Parents Bill of Rights.”