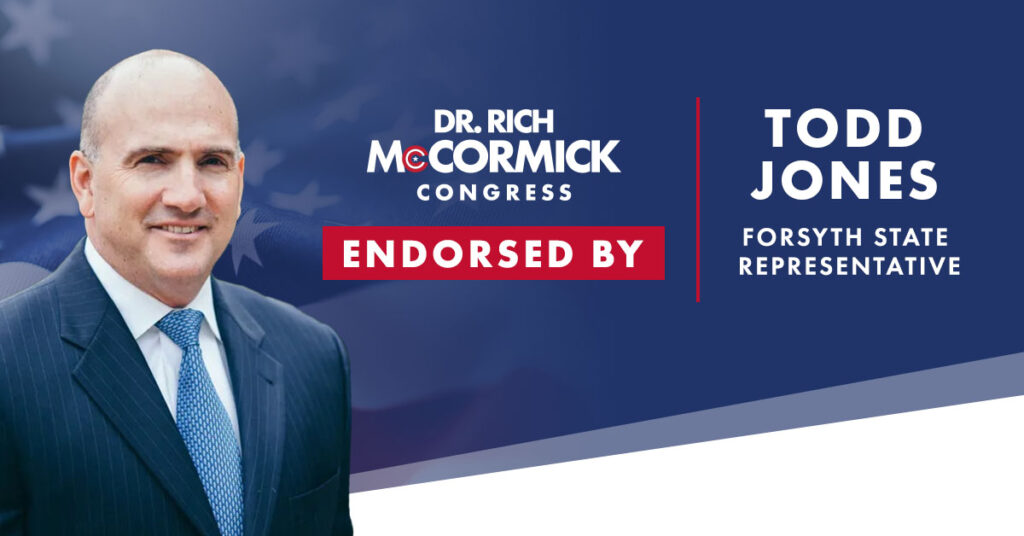 “I believe Rich McCormick will make an outstanding US Representative for the Georgia Sixth District,” said Rep. Jones. “He possesses the qualities that Forsyth Countians value and is committed to serving his constituents with excellence. Further, Rich knows that the federal government has gotten too big and will work to reduce its size and let the states act in a manner in accordance with the Tenth Amendment of the U.S. Constitution.”

On Monday, Dr. McCormick was endorsed by former State Representative Meagan Hanson, who earned 4th place in the Republican Primary on May 24th.