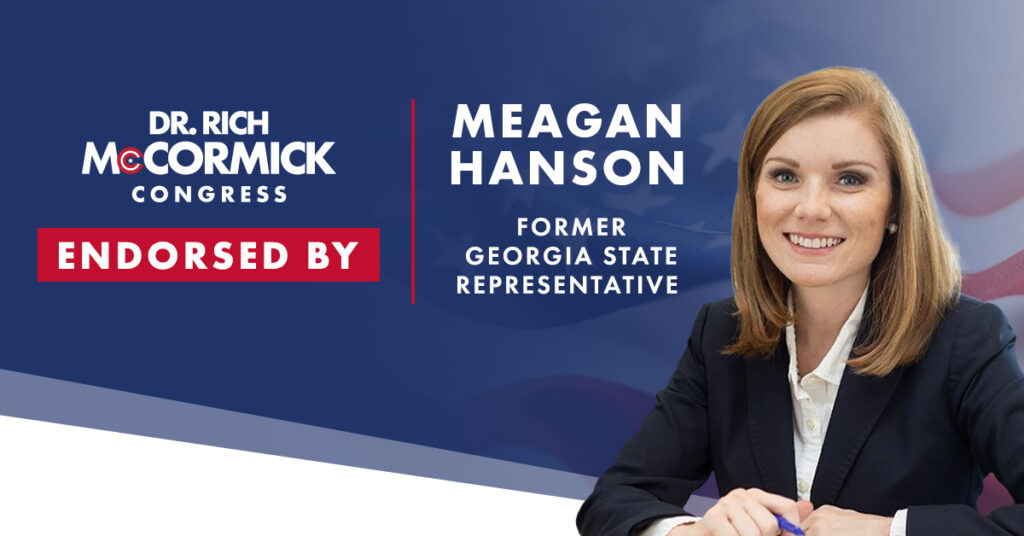 Today, Marine Pilot and Emergency Room Doctor, Rich McCormick, announced that conservative lawyer Meagan Hanson, who earned 4th place in the May 24th Republican Primary with 8.4% of the vote, endorsed his campaign for Congress.

“As a mother, I evaluate each Republican candidate for the 6th congressional district through the lens of who best will represent my family and families like mine in Congress,” said Hanson.

“Neither Dr. McCormick nor I were born into privilege, we’ve had to work for everything we’ve achieved in life.  Over the course of this campaign, I have been impressed by Dr. McCormick’s work ethic and his commitment to our shared conservative values.  He is best suited to be Georgia’s next Congressman for the 6th District.  He has my full endorsement, and I urge Georgians to vote for Rich McCormick this week during early voting or on June 21.”