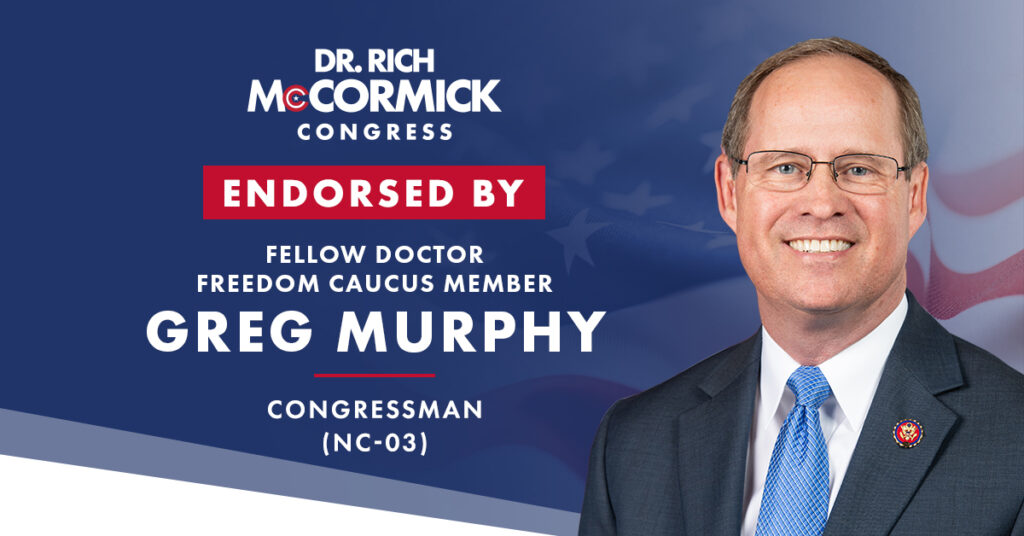 “I am proud to endorse fellow physician Dr. Rich McCormick,” said Congressman Murphy. “He shares my passion to serve his community and country in a time of need.  He brings a unique skill set that will be needed in solving the many complex problems that face our nation and has a proven track record of fighting for America.”

On Monday, Dr. McCormick was endorsed by former State Representative Meagan Hanson, who earned 4th place in the Republican Primary on May 24th.