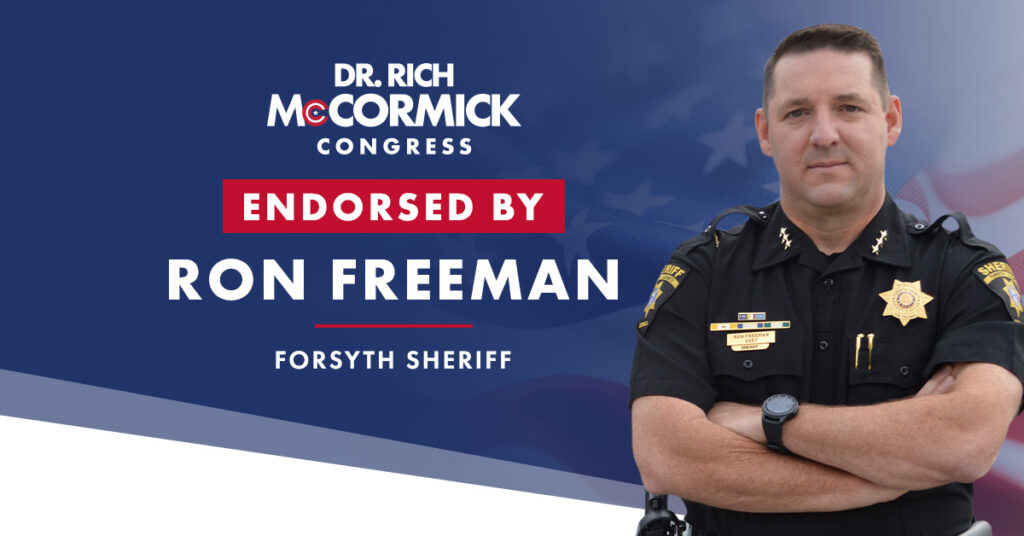 “I’ve known Rich McCormick and his family for several years now,” said Sheriff Freeman. “He has always been a strong conservative leader who remains a strong supporter of law enforcement. I trust him to stay strong on crime while limiting federal government’s intrusion into everyday American life.

“He gets that it’s often government leaders’ jobs to protect us from government itself.”