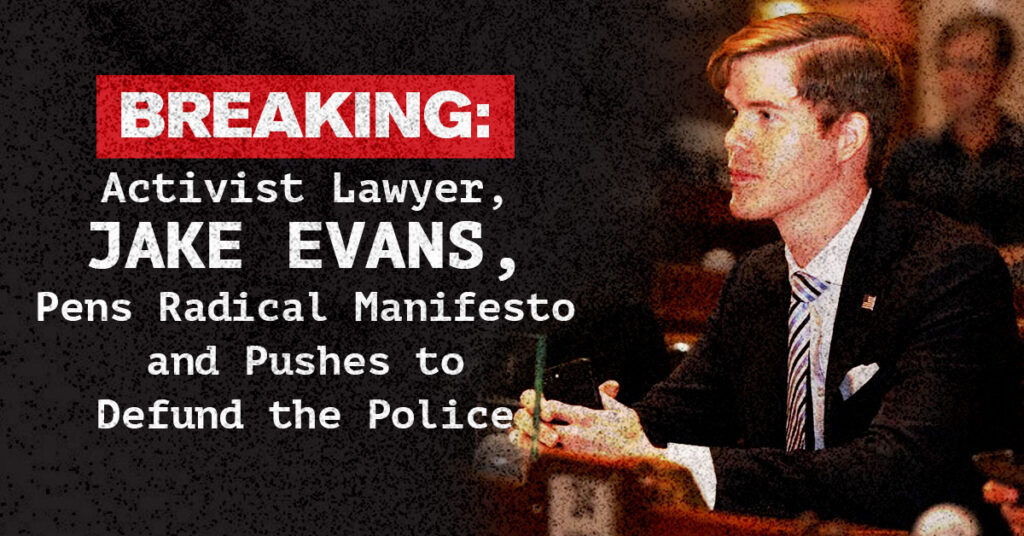 Inspired by self-proclaimed Communists and Marxists, activist lawyer Jake Evans penned a rambling, radical manifesto in 2015 in which he labeled America’s criminal justice system, law enforcement, and “whites” as racist, and even echoed calls for government leaders to Defund the Police.

Written for the University of Miami Race & Social Justice Law Review, Evans – in a blatant attempt to appear enlightened – offered his highly controversial and radical views on the criminal justice system in America.

Evans makes a “Defund the Police” style plea by urging for the reallocation of public funding for the criminal justice system to education.

Perhaps the most egregious accusation made in Evans’ woke musings is about widespread, uniform white supremacy.

“After reading his radical manifesto, it’s abundantly clear that Jake Evans is NOT the rock-solid, unapologetic conservative he claims to be. He’s a fake and when voters of the 6th Congressional District read his own words, they will immediately realize that Jake Evans is too woke for Georgia,” said Al Chaul, Campaign Manager.