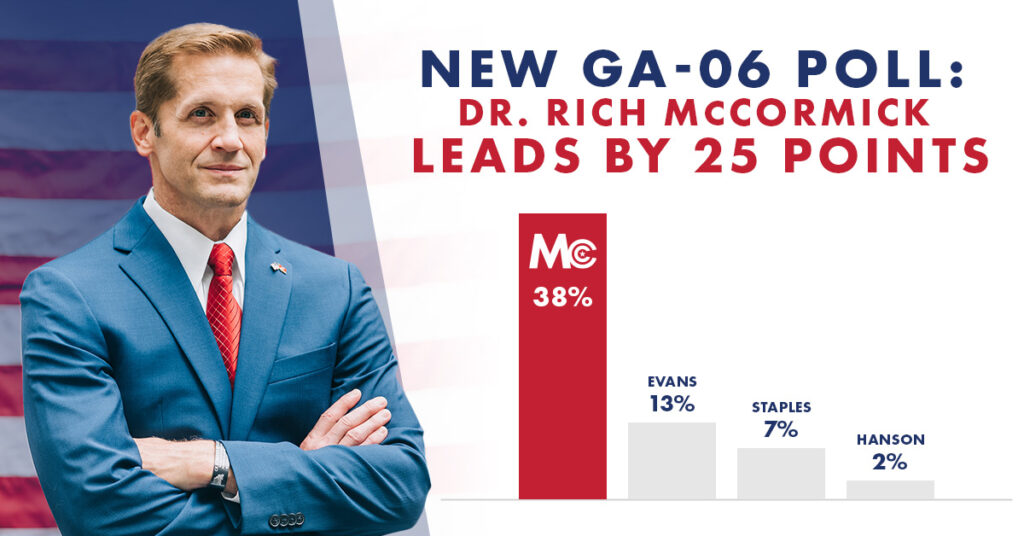 “Dr. McCormick’s message about reviving America wounded by the radical Biden agenda and support from stalwart conservatives like Ted Cruz is clearly resonating with voters,” said Al Chaul, Campaign Manager. “Voters know that Rich is the only candidate who will tackle inflation, safeguard the border, secure our elections, and stop the woke mob from indoctrinating our students.

“While encouraged by these incredible poll results, we remain laser focused on sharing Dr. McCormick’s story and conservative record with conservatives throughout the Sixth District. We know that desperate, flimsy attacks are on the horizon, so our team will continue to work around the clock to ensure victory on May 24th.”