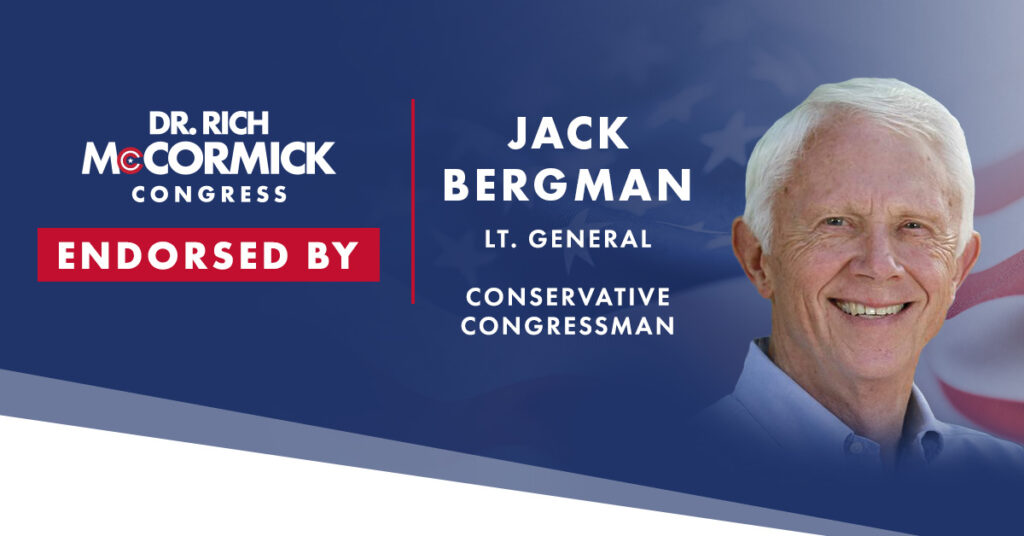 “Dr. Rich McCormick and I both flew helicopters in the Marine Corps.  Whether you are behind the controls of a CH-46 Sea Knight or a CH-53E Super Stallion flying a military helicopter will quickly develop nerves of steel, determination and perseverance,” said Congressman Bergman. “These are the same qualities we need in conservative leaders to fight the radical left and stop the socialist agenda from ruining America.  Today, more than ever we need conservative fighters that aren’t rattled by a fight. We need Dr. McCormick in Congress.”