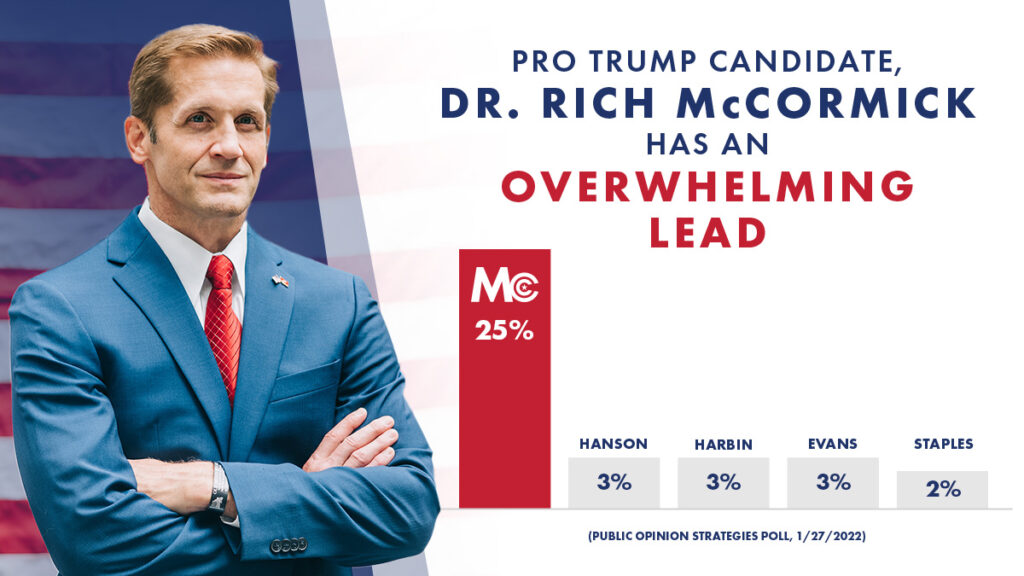 “It’s clear from this new poll that voters of the 6th Congressional District only trust Dr. Rich McCormick to stop the radical Biden/Pelosi agenda in Washington and champion policies that make our streets safe, border secure, and economy strong.”

On the ballot, Dr. McCormick leads his next closest competitor by 29 points among very conservative voters, 22 points among pro‐life voters, and 26 points among those voters who view President Trump very favorably.

“While Dr. McCormick is the clear frontrunner in the race, we are not letting our foot off the gas. We will outwork the competition and continue building an unmatched grassroots army that can deliver a clear and resounding victory at the ballot box.”

McCormick also leads the Republican field in fundraising. Earlier this week, the campaign reported raising nearly $800,000 in Q4 of 2021 from 8,500 donors with $1.1 million Cash on Hand.